The Bigg, The Beautiful

I had my first run in today with the Chicago PD…

I was walking Mr. Bigg around the park this morning, like I do every morning. And I was on part of a sidewalk that runs along a dead end street. As we neared the dead end a Chicago police suburban pulled up next to me. The officer rolled down the window – he was a huge, black man with a buzzed head and dark sunglasses. (Even though it was super cloudy outside… Maybe he was trying to look intimidating?? … it worked.)

Officer: How did you obtain my property?

Officer: How. Did. You. Obtain. My. Property?

At this point, both Mr. Bigg and I were staring at him sideways, like that was supposed to help make sense of this situation.

He motioned his head toward Mr. Bigg.

Then he burst out laughing…. like a deep belly laugh. He had cracked himself up.

Me? My laugh was more of an “I STILL have no idea what you’re talking about…but I’m going to laugh because you’re laughing” laugh.

Officer: That is the most beautiful dog!!! He is just beeeeeauuuuutiful!

He is still laughing, he seems like quite a jolly man. Then he stops, regains the angry expression from before, rolls up his window and reverses down the street.

While this is all a little bizarre it’s not really that surprising.

Every time I take him outside people oooo and ahhh over him. People stop me and ask questions about him, I don’t know if people here are just super friendly, or if they actually love my dog.

One lady threw her hands up, ran across the park and said, “OHHH! I’ve never seen a brown one before! He’s gorgeous!!!”

And those are just the two most dramatic situations…

Do they not have Chihuahuas in Chicago?

I guess I’m just confused because in Texas Chihuahuas don’t seem to be too popular.

(Unless you’re Hispanic... or gay... or just high maintenance…)

(Guess which stereotype I fall under...)

But not in Chicago.

In Chicago, Bigg is Beautiful!

And I have to say, I don’t blame them for thinking so! 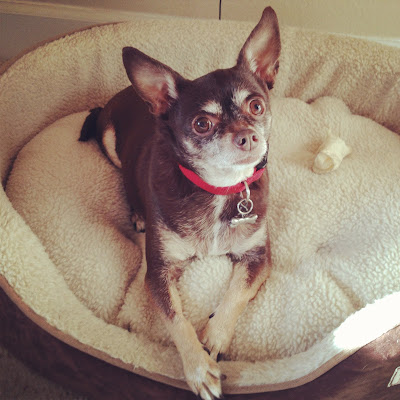 I can’t sleep. I’m restless, and I find myself writing blog entries in my head, which I will never remember in the morning so now I’m blogging...

I was writing an entry about moving, our neighborhood and general Chicago-ness. I was doing a little “research” via Google and I found this… 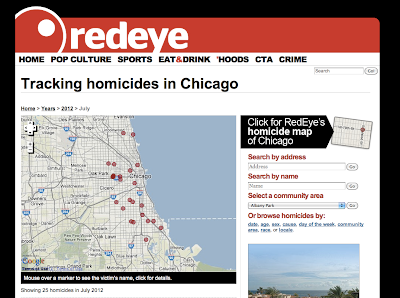 What’s this you ask?


Oh you know, just your everyday interactive map of murder.

Through this site you are able to get the latest on all thing homicide.

For example, I just learned that there have been 27 stabbing deaths recorded this year. The same number as all stabbing related murders in 2011.

And did you know, that by the end of June Chicago had seen 250 homicides, which is up 36% from last year and is the worst start to a year in 9 years? 9 YEARS!!!

After a year of hiatus I have decided to jump back on the blogging bandwagon. We have officially been back from the Philippines for a year, and about a month ago we moved from Houston to Chicago. While I don't anticipate as many "mis-adventures" in the Windy City I'm looking forward to all the fun it has to offer. Stay tuned!
Posted by . at 3:29 PM Links to this post