The Adventures of Stanley, Flat Stanley

Me: Guess who came in the mail today?!
Lee: What do you mean, "who" came in the mail?
Me: It's Flat Stanley!!
Lee: Who?
Me: Flat Stanley! You don't know Flat Stanley?
Lee: Umm... no.
Me: Oh, well its from a book. And its a programs about children's literacy... they send Flat Stanley around the country, or the world, in order to learn about different places. And Reese sent him to us! I was so excited when I saw him that I didn't do anything I was supposed to do today, but instead spent all afternoon making pictures of Stanley.
Lee: You're insane.
Me: Yeah! Look!
Me: Here is Stanley at the market... 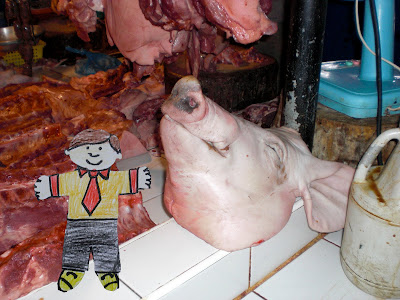 I am back from my long journey to the Philippines! When I found out Reese was sending me to the Philippines I was a little worried. The mail there can be very unpredictable, but after a week I made it safely to Batangas City.

I was surprised at how warm and sunny it was when I arrived. It was a nice change from all the snow we’ve been getting at home. The weather is warm there all year round! In the Philippines they have only two seasons, dry season and rainy season. It is dry and sunny this time of year, which was good news for me because otherwise I may have turned to mush! 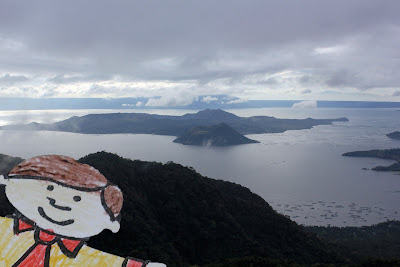 Here I am at Tamaraw Falls in Puerto Galera, on the island of Mindoro. Did you know the Philippines has over 7000 different islands? 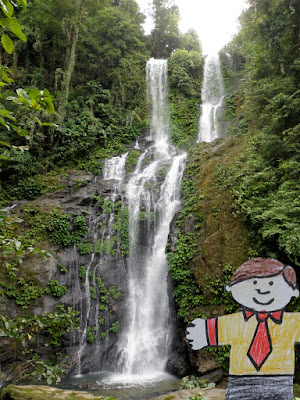 The Philippines can be a tropical paradise on land and under the sea. The scuba diving in the Philippines is some of the best in the world. (Look, I found Nemo!) 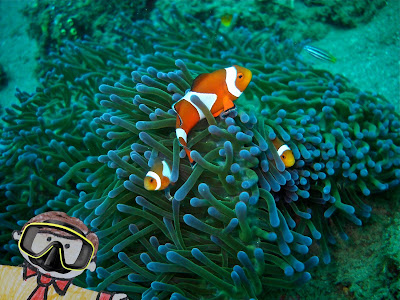 After all this adventure it was time to eat. Like many countries in Asia, the most common food is rice. In the Philippines rice can be eaten at any meal. Sometimes they put garlic in it and eat it for breakfast. A simple meal in the Philippines is rice and fried or salty fish. 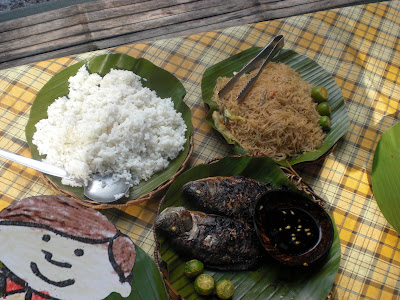 Pancit is a very popular dish made from noodles. Panicit is often served at birthday parties, because the noodles symbolize long life and good health.

On special occasions, like Christmas, Filipinos eat “lechon,” or what we would call a whole roasted pig! 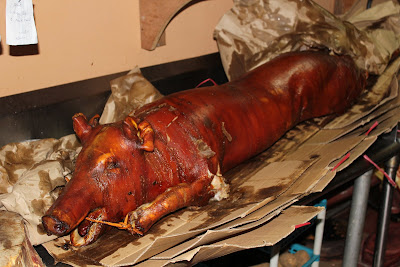 One of the most interesting things about the Philippines is the transportation. Jeepneys and tricycles are the most popular way for people to get around. Jeepneys were originally military jeeps left over from the United States in World War II, but today, they are brightly decorated jeeps people use for public transit. The jeepney has become a cultural symbol for the Philippines. I was lucky enough to take a trip in both! 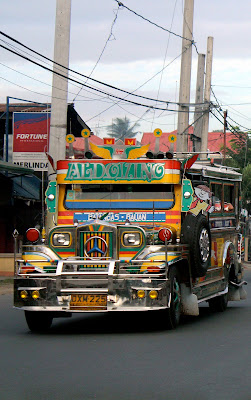 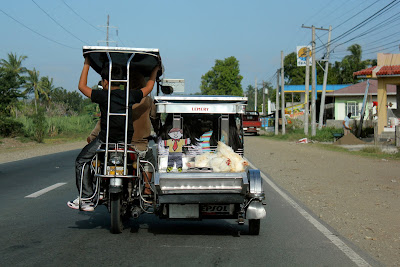 The people in the Philippines are very nice and friendly. Filipino people speak both Tagalog and English. I even learned a few words in Tagalog while I was there.

The most popular sport in the Philippines is basketball. People of all ages love to play. I found a few boys who even let me join a game! 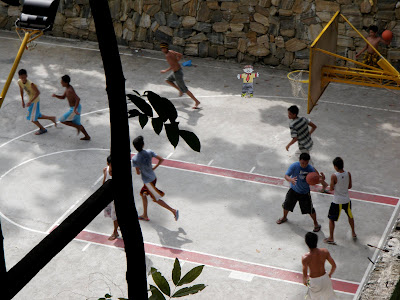 While I was in the Philippines I got the chance to meet some school kids just like you! 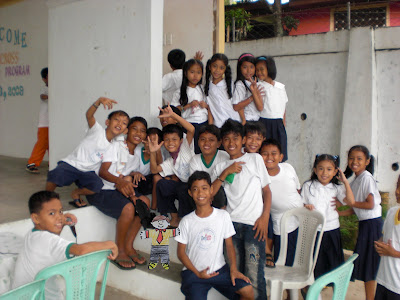 I am so happy Reese sent me to the Philippines. I was able to learn so much about the way people live in place on the other side of the world, maybe one day you will all see it for yourselves.