I'm finally finishing up the Australian posts... Tasmania was our favorite part of the trip, and after writing about it I lost all inspiration for part three. Don't get me wrong, we loved Sydney... there just wasn't much that was blog worthy, and at this point it just feels like I'm writing a really bad "threequel."
So... It's back to the notes.
First day in Sydney... 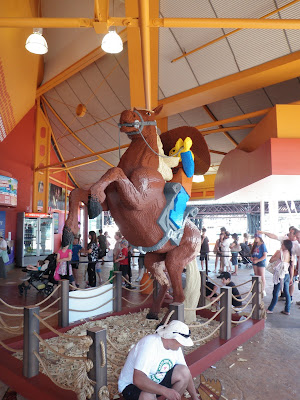 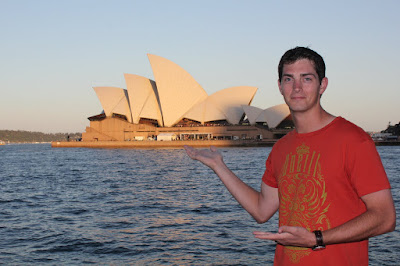 It looks like the Opera house isn't even real... like it's some phony back drop. It really freaks me out. Lee calls it the Vanna White picture.
***
New Years Eve
10:30 am - Get in line for a spot in the harbor to see the fireworks 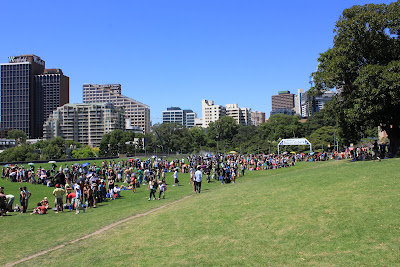 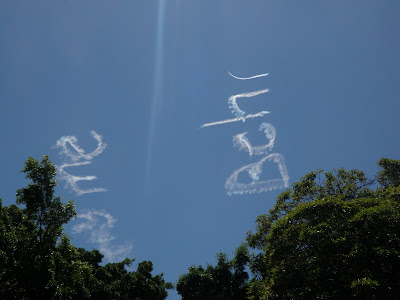 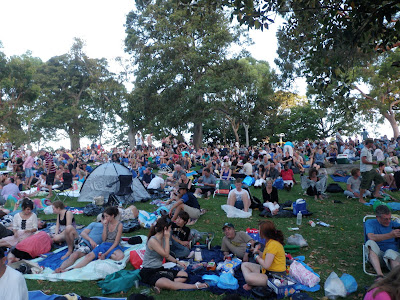 I'm somewhere in that picture... it's very Where's Waldo...
***
For the next seven hours we take turns sitting in the shade, sleeping, applying sun screen, reading and walking around the park to look at all the people.
8:00 pm - The bats come out. Huge bats. I narrowly escape an air missile. A poop missile. Bat poop. 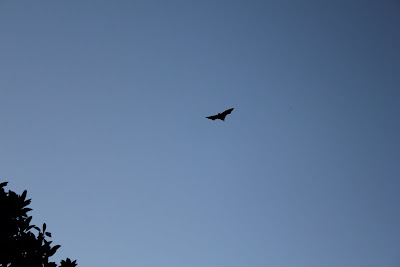 Me: Hmmm... what is that? That looks like chocolate. A chocolate chip? Maybe. I like chocolate chips. Hmmm... ( I touch it with my finger.) Eww.. a melted chocolate chip? But melted or not they are still delicious. Wait... we didn't have any chocolate chips. OMG! That's poop! I almost ate poop!
***
Later we got herded into a photo shoot with a bunch of drunken Aussies. They claimed to want a picture with everyone in Sydney. They even tried to convince a quite elderly asian man, (who I'm pretty sure didn't speak much english,) to take pictures with them. He kept trying to escape to find his family, but the crazy photographer dressed in beer mug shaped glasses and a king's cape was adamant about keeping him in the photo.
Crazy King Aussie: Sir, Please. Get in the photo! Sir, get in the photo please, just one photo.
Old Man: But... (He points in another direction,) But...
Crazy King Aussie: Sir, just one photo. Just one photo sir. Now, smile. Can you give us a little wave. A little wave for the photo.
This went on for about 5 minutes before the poor man slipped away in the crowd.
Somewhere... on someone's Facebook page... there is a picture of about ten drunk Australians dressed in boas, crowns, beer shaped glasses and capes, me and Lee, and one terrified old man.
A classic New Year's Eve.
***
12:00 am - Happy New Year!!! Best. Fireworks. Ever. 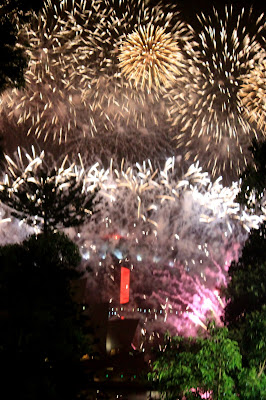 Wishing everyone a happy and healthy 2011. 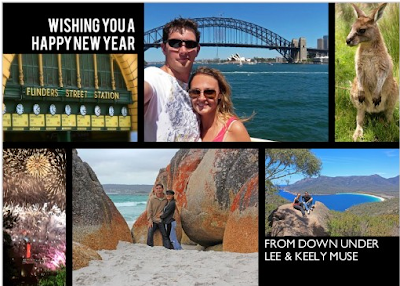