Go with the Flow

After Christmas, Lee had a few days off from work so we went to Manila. We saw the show Flow at the Pagcor Casino, and if you live here and you haven't seen it... you should check it out. 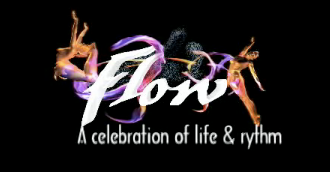 It was pretty cool... although we didn't realize that it is a show for all ages. So you can imagine my disappointment when we walk into an auditorium filled with screaming children running through the aisle ways.
***
Me: Psst. I thought you had to be 18 to get into this casino...
Lee: Yeah... apparently this is a show for all ages. I wish they had been a little more clear about that.
Me: Do you think that little kid behind us is going to run back and forth through the entire show?
Lee: No... I'm sure his parents won't let him do that.
Me: Good. And... he just pulled my hair... pretty hard...
Lee: Yeah... did he just hiss at you?
Me: Yep.
***
(Kids can smell fear... just like bears. Well, I think bears can smell fear... at least, I've heard they can... somewhere. Anyway, kids can smell fear... That's. For. Sure. And that is why they gravitate towards me. And pick on me apparently... For example, last time I was in Target, my beloved store, I was walking down an aisle... minding my own business... when... some little snot-nose brat, ran up to me and punched me in the leg! I was all, "Ow! OMG that kid just punched me in the leg..." and he's all snickering with his evil little laugh... I'm staring at his mom like... "Umm... what the hell?" And she is totally oblivious... looking at shoes. I thought about punching him back, but knowing my luck that would be about the time she started paying attention, and then I'd end up in jail... like that man who slapped a toddler in Wal-mart. Who knows? Maybe she hit him first...)
Anyway, as soon as the lights went out the children calmed down, the only problem was the show started 30 minutes after it was supposed to start. I love the theatre and I have seen many many shows... but there are a few basic rules.
1. Get there 30 minutes prior to the performance
2. Dress appropriately.
3. Don't take pictures
4. Turn off your cell phone.
5. And shut-up.
Easy.
Rule 1... For me, this is the most important rule. And it states on the Web site and on the ticket that the doors open at 7:30, and the show starts at 8. And being the perfect theatre patron I am, I like to arrive at 7:15...
Well, "the door opens at 7:30 business" is a trick, they really don't open until 8, and the show really doesn't start until 8:30. It's the same thing I do to my friends who are perpetually late, I tell them we need to be somewhere thirty minutes before we actually do, that way we are on time. It's genius. But I've never actually been on the other side of it, and had it done to me before... It's annoying. (Casey, I'll try not to do that to you anymore...)
Rule 2... Doesn't really apply here. Which sucks because I like getting dressed up to go to the theatre. So... we did anyway... and looked pretty ridiculous among the t-shirts and flip flops... oops.
Rule 3 & 4... Are the same. The Philippines has a high rate of piracy, so they try to be pretty strict with cameras. You can't even take a camera into the movie theatre... they check your bag, and have people walk around to make sure you aren't recording.
Rule 5... Wasn't so bad once the lights were out. So... bravo parents, I thought for sure I was going to be throwing children out of the aisles.
***
Me: That show was awesome! My favorite part was when that girl flipped the other one on her feet like 27 times...
Lee: Yeah... that was pretty cool
Me: I mean... how do you even know you can do something like that?
Lee: I don't know.
Me: I bet there are a whole bunch of cool things I can do... I just don't know it yet!
Lee: Definitely not...
***
Posted by . at 5:15 PM