2 hours and 3 wrong turns later....
We finally ended up at Villa Escudero.
*Highlights*
- We were late, so we missed the cultural show... awww... dang.
- In the museum we got to see a shrunken human head in a glass jar... for real.
- And Japanese ninjas!
In other news...
We had lunch in the water fall restaurant... 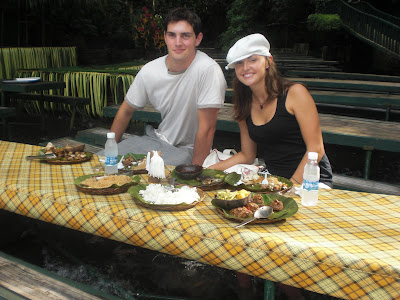 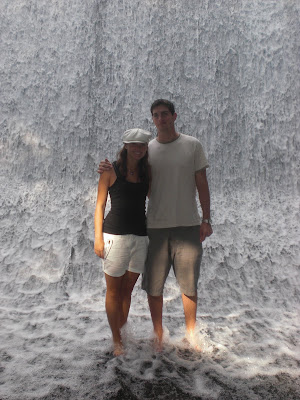 ... where soon after we were mistaken for movie stars.
Me: Did you hear those waiters ask each other if we were movie stars?
Lee: Haha, no.
Me: Yeah, one was all, 'movie stars?' and others were all, 'I think so...' and then they started whispering.
Lee: That's awesome. We should start telling people we're movie stars.
Me: For sure!
***
That night at dinner, the entertainment was a key board player/singer who could mimic anyone. He could sound like Stevie Wonder and then turn around and do Barry Manilow or Frank Sinatra. He was awesome. After his show we ran in to him outside. We were shocked to find out that he could hardly speak a word of english... and barely understood a word we said.
Very weird.
***
The next morning we went rafting in the river... 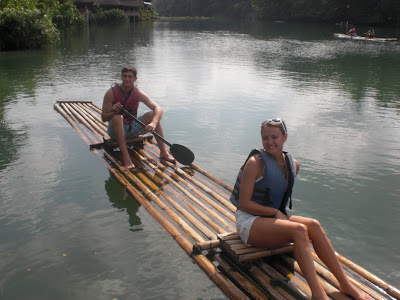 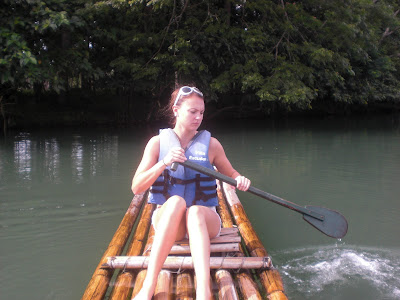 ... my life jacket smelled like swamp balls.
Villa Escudero coming to an end... 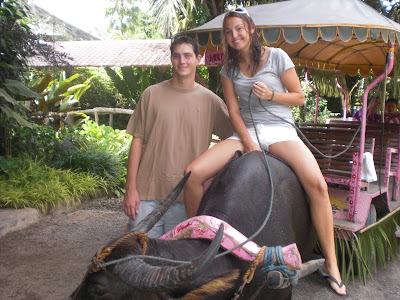 Me: I pray to God they just gave this thing a shower... otherwise I have an unheard of amount of carabao sweat between my legs...