Give me the Green Light 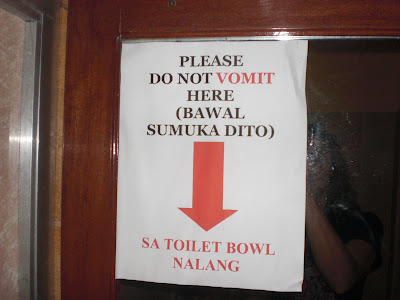 What kind of establishment has to tell their clientele not to puke in the sink? Hmmm...
Apparently, there are quite of few of these seedy bars here in Batangas and we hit up almost all of them. One of them even had a sign prohibiting, sandos...or sandals for those less familiar with the filipino lingo, deadly weapons, guests under a high influence of alcohol, use of prohibited drugs, and sexual activity. Take all the fun out of it... geez. 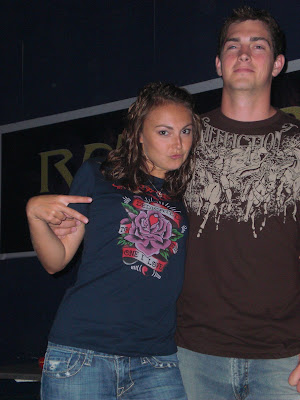 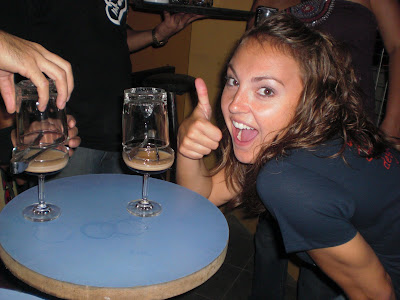 Someone decides to bring out flaming shots. You can't tell in this pic, because of the flash... but there's a flame. A big blue one. I don't know about you, but I don't think mixing fire with alcohol consumption has ever worked out well for anyone. Which brings me to the next part of the story...
Me: Ugggghhhhhhh. Why did I take that shot?! It's reeeeaaaaally hot here. Baaarrrffff.... It's really hooooooot. I wonder if anyone else is really hot... Yuck...I feel nauseous... I think I'm going to get sick... I have to get out of here. Where's the bathroom? Bathroom... bathroom... Bathroom!! Sweet. Yeah... I'll just go sit down in there for awhile. That's all I need, I just need to sit down for a while and I will feel better. Bathroom door... open? ... check. Toilet... Ugh... I feel dizzy... I just need to sit....
SPLASH!!!
Omg! Omg! I just fell in the toilet!!!
Holy Sh*t!!
I just fell in the !$*#&@) TOILET!
I have a disease.... omg! What can you catch from a dirty nasty filipino toilet?
HERPES?!?!
Can I catch herpes from a dirty toilet?
I don't know, but I have HERPES!!!!
The text sent to Lee's phone from the bathroom stall at 1:43 am:
"I have hepes its time to go"
Which I'm sure he looked at and said, what the hell is "hepes"?
Long story short, the drama queen made everyone leave the bar and take her home to shower... only to find out once she reached the house that there was no hot water for the bathtub... she spent the next half hour, lying on the floor, half naked yelling at the hot water heater to, "give me the green light!" (because the green light comes on, when the hot water heater starts working... obviously) before going to bed defeated and infesting her sheets with the awful virus.
Posted by . at 7:31 PM