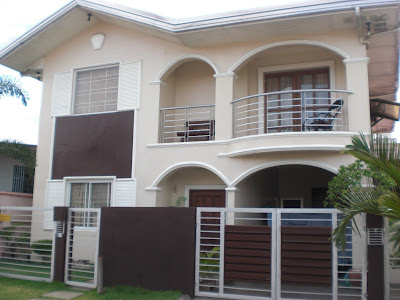 We have a house! Lee and I have not lived in a house since we’ve been married, just hotel after hotel, so we are thrilled to finally have a house! I went looking for houses in our neighborhood, Nueva Villa, with the realtor Lina. Lina is a little, tiny and quite sassy filipino woman; she pretty much runs the neighborhood. All questions and problems are handled by Lina, all 105 pounds of her. 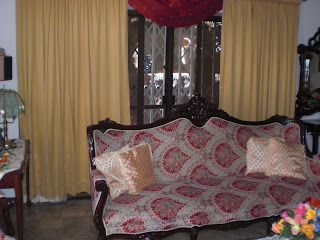 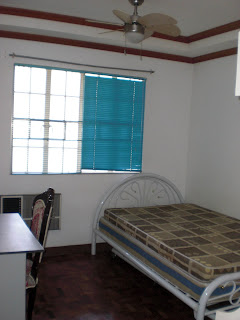 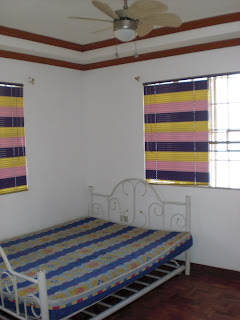 Yes, sadly there are such things as multi-color mini-blinds.

Everyone from Lee’s company lives in the same neighborhood and they had been telling me about the “Zen House.” They call it the Zen house because of all the water falls and rock gardens, it’s very Japanese... very Zen :) Finally, she took me to see it and it was a million times better than anything else I had seen that day. So later, Lina and I took Lee by a few of the houses... just so he could see how great the Zen house is by comparison, and we decided to get the house. So here are a few pics... Lee and I will do another video walk through once everything gets put away.

Click here to see photos of our new home!